The Pear Blossom blanket is quilted, bound, washed and done. 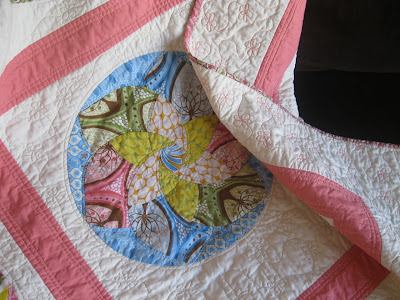 The washed size is 66" square. The fabrics are Pear Tree by Thomas Knauer for Andover (all 21 prints), Kona Bone and Flamingo. I shared some piecing and process photos a few weeks ago. 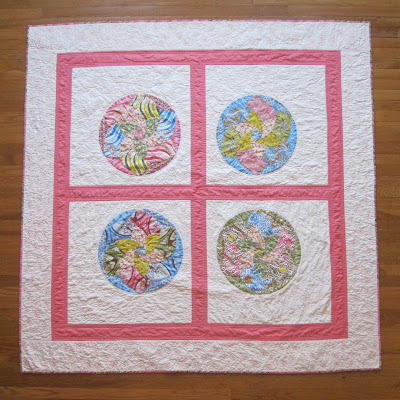 I assembled this as a quilt-as-you-go project following Marianne's tutorials at The Quilting Edge for joining the blocks with the center sashing and adding borders with the outer sashing and cream border. The instructions were easy to follow and worked quite well. I diverged at the very end of the instructions for joining the blocks, hand stitching the double-fold top sashing with an invisible ladder stitch instead of top stitching. I didn't like the way that top stitch was going to look with the quilting I had planned. 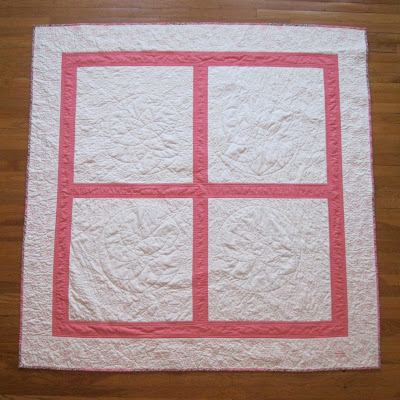 Originally, I had envisioned the outer pink sashing as a thicker border, but when I attached the 6" Flamingo frame it was clearly too much. I trimmed it down to 3" to match the inner sashing. I had joked about hating borders, except for my current project, which has two. I don't think I can call that sashing a border any more, so I'm back to just one. 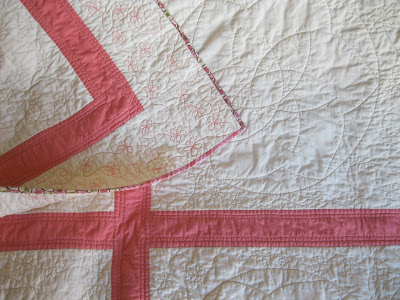 I quilted the medallions and sashing with the walking foot. The outer cream border is quilted with the same daisy chain I used around the medallions, only with pink thread instead of natural. 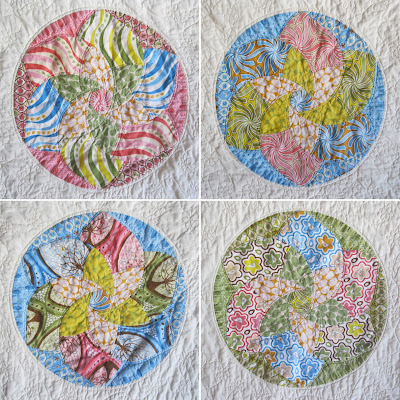 Each of the four medallions uses one of the fabric collection's large-scale prints in all three colorways. I don't usually work with a lot of big prints, but I had a great time with these. I think the strong color hierarchy in each print made it easier to wrap my head around it. 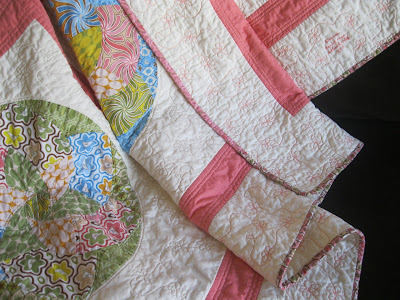 The label is hand stitched on the back border.
at 3:45 PM