It waited patiently for several weeks, but I've finally added my bit to John's quilt-in-progress for the Traveling Quilts round robin. 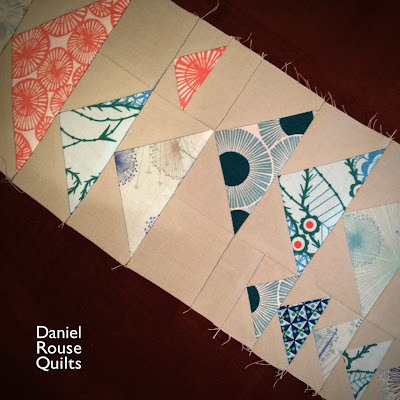 John began the quilt with the field of equilateral triangles on the left side. Alissa made the large triangle. Elizabeth set the first two blocks in stripes and a few triangles. Amber contributed the diamonds at the bottom, Heather the star, and Monica the bottom setting and the jet at the top. 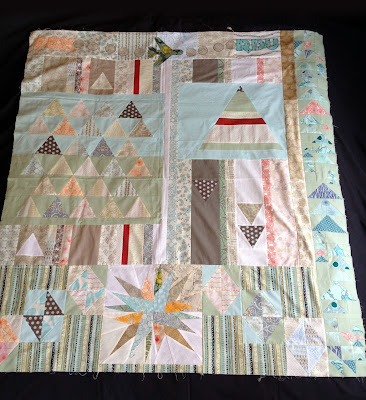 I couldn't resist the triangle theme, and added a column of flying geese on the right. 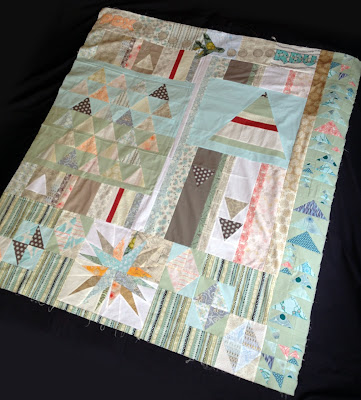 The geese are and assortment of 1"x2", 2"x4", and 3"x6" pieces. For the smaller to sizes I used the four-from-one method on this Connecting Threads tutorial page. I love that the method requires no trimming and leaves no waste. For the large geese I used the square-on-rectangle method on the same page, which does require trimming. 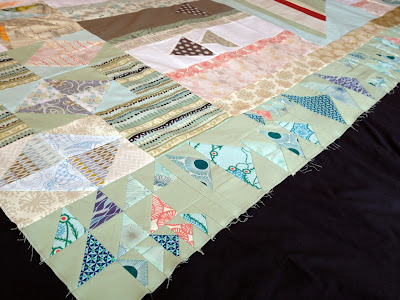 I followed Stephanie's suggestion and used the trimmings to create half-square triangle pieces. On my last post she commented:


I like the square-on-a-rectangle method, because a second seam 1/2" away from the first delivers a bonus HST unit from each side of the goose(which end up in a baggie in a bin, for "someday").

I used these bonus units at the top and bottom of the column. I like how they give the feeling of flying in and out of the column. 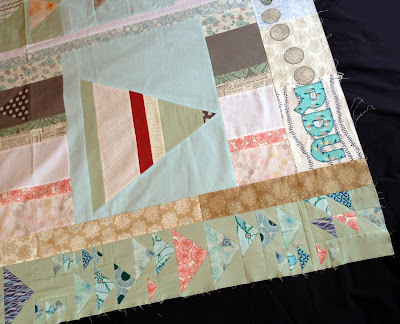 Now I'll send it off the Penny. I can't wait to see what she does with it.

In other sewing news, I made a bag as a last minute holiday gift for Munchkin's grade 5 teacher. I used the Two Zip Hipster pattern by Erin Erickson. The tutorial was easy to follow and the bag feels solid and elegant. Here's the photo I took the other night at 2am when I finished the bag: 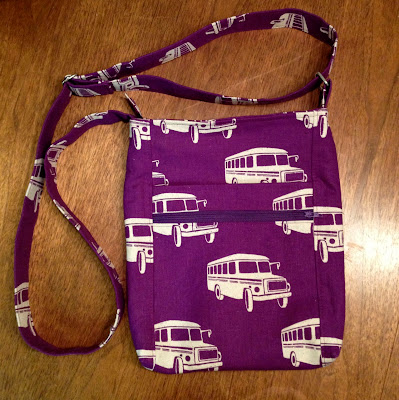 My machine had a bit of trouble top-stitching the thickest parts of the top edge of the bag. Both the exterior and lining fabrics I used were heavier than quilting weight, and I think I had an extra layer of interfacing in there, too. Next time I'll be careful to reduce some of that bulk. I'll use this pattern again - maybe a slightly sized-up version for myself.

Some quilts want to be noisy 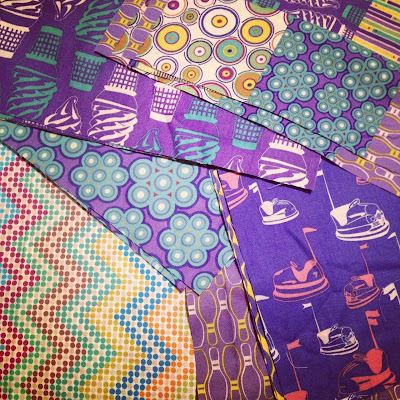 I started the project with flying geese blocks, using all the prints with anything more than a hint of purple or plum. The background dots are the Marquee print from Thomas's Frippery collection, currently in stores. 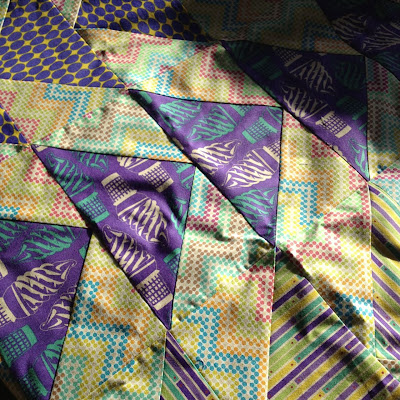 I tried to capture a kind of funhouse energy, movement, and noise with the bold prints and kinetic background dots. 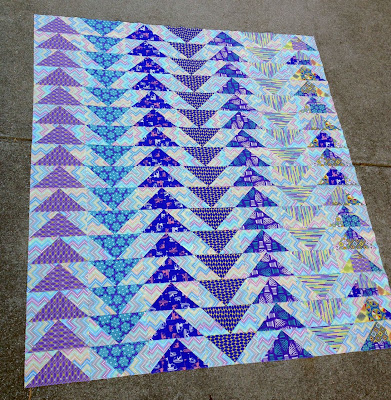 The patchwork measures about 66"x76". I meant to use the Quilt in a Day flying geese method and 5"x10" ruler, which produces four geese units from two squares of fabric. I feel like I followed the directions closely, but obviously I wasn't careful enough when I aligned and marked the fabric squares. At least a quarter of the geese came out too small when I went to align the ruler and trim the units. The below photo shows one such block, with a scant seam allowance visible in the lower left corner. 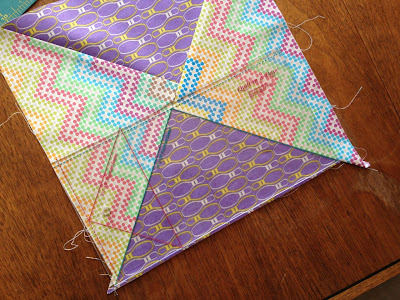 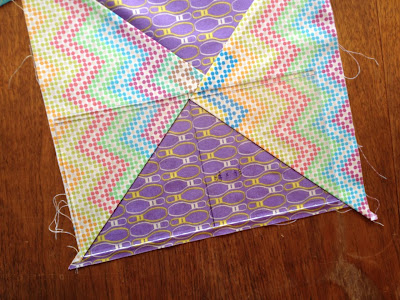 I have to say I'm disappointed in the Quilt in a Day ruler, simply because the instructions seemed to indicate "eye balling" the fabric placement would be sufficient, when success actually requires precision. I'd love to hear your tips for success with their technique.