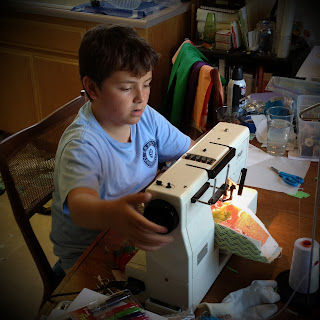 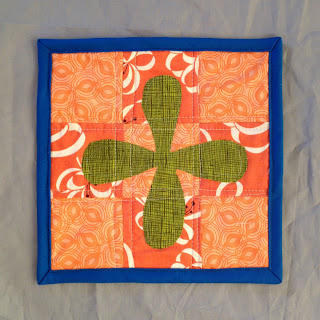 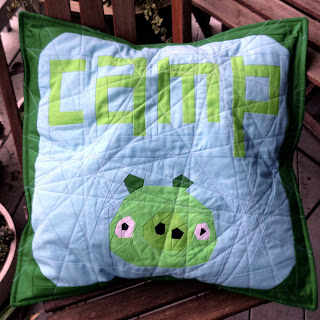 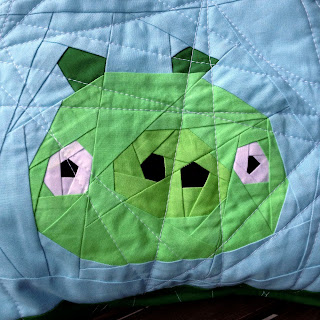 And yesterday morning I sent him off to camp. I know he'll have an amazing time, and I can't wait to hear about his experience when I pick him up Friday afternoon.
at 10:57 AM 8 comments: 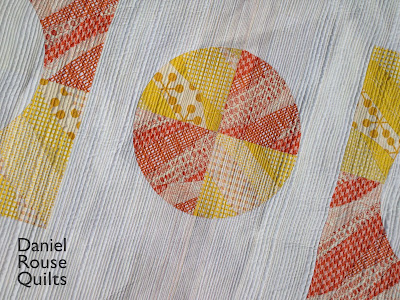 I  finished a small quilt with those improv-pieced drunkard's path units I wrote about a couple weeks ago. The arcs are set in solid white, symmetrical on one axis, and a bit off center on the other axis. 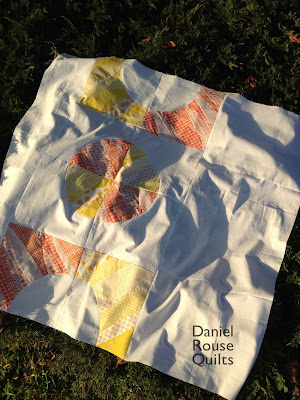 I quilted horizontal straight lines using 8 or so shades of orange, gold, and yellow. I quilted the first lines on a longarm machine, then filled in on my domestic sewing machine. 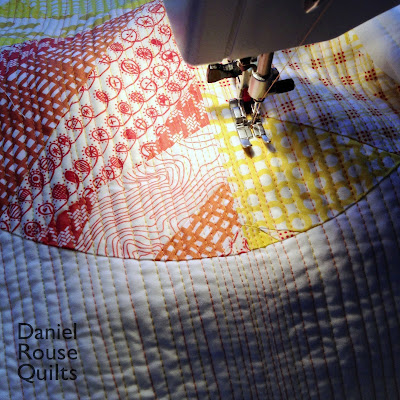 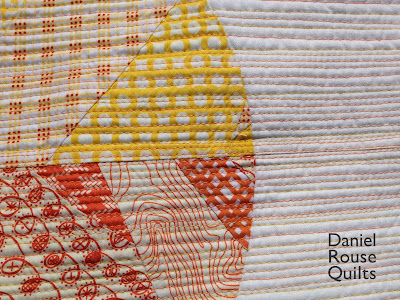 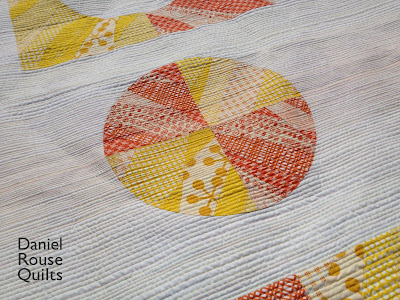 The quilting lines are darkest and densest through the center of the quilt -- about 1/8" apart. Further out the lines are spaced 1/4" to 3/8", and the thread color is paler. 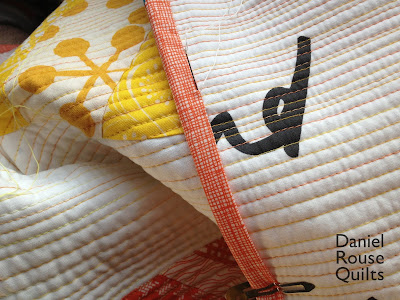 The bias binding is a diagonal cross hatch print (with a snip of blue on one side of the quilt). I'm pleased with how it works with both the drunkard's path prints and the dense horizontal quilting. 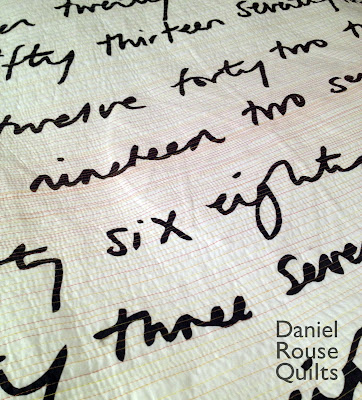 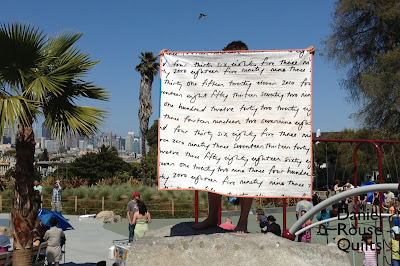 The back is everyone's favorite Ikea number script print. Munchkin was a good sport taking photos all over town on this beautiful San Francisco day. 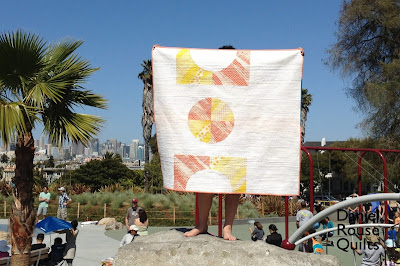 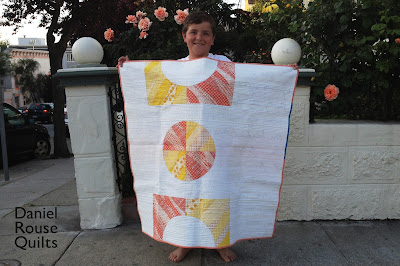 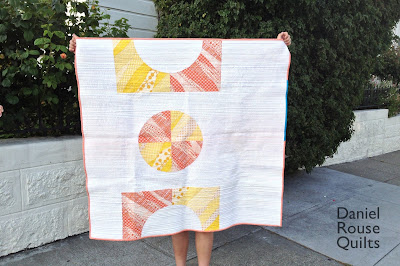 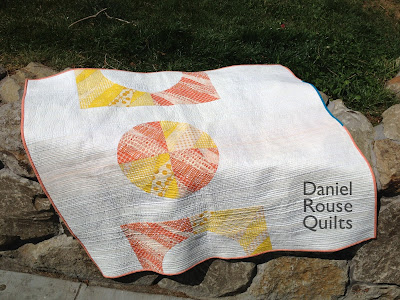 The finished size is 44" x 45". I love the play between the looseness of the improv piecing of the prints, and the precision of the circles and the horizontal quilting.
at 12:00 AM 13 comments: 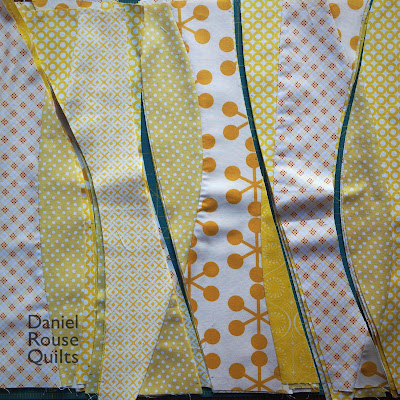 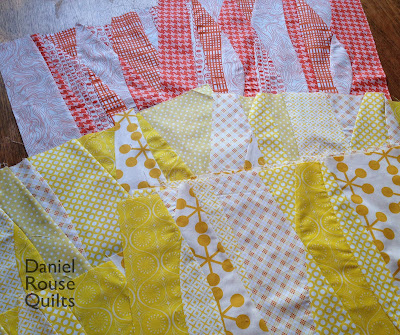 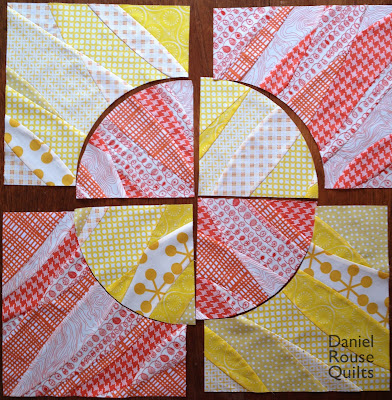 I don't have plans for all of it yet, but my first projects will be some drunkards path blocks, cut on point. The inner and outer units will be paired with solid white, rather than yellow print to orange print, and I have a few layout ideas swimming around in my head. I'll let you know where it goes!
at 12:34 PM 13 comments: