Cloud 9 Fabrics sent me 8 quarter-quarters (9x11") from Julia Rothman's Miscellany collection to design a block for Victoria and Pat's BASICS challenge. 12 quilters are designing Miscellany blocks for a charity quilt for the BASICS quilt gather. 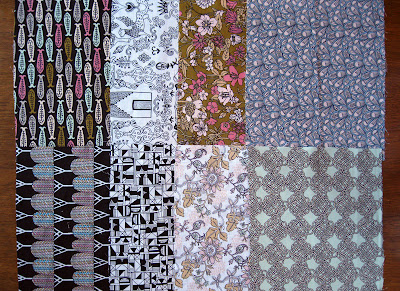 The fabric arrived yesterday and I have just a few days to design and piece my block. Julia  is going to pick her favorite block. I can't wait to see what everyone comes up with.

I'm also working on a bed-size quilt for the quilt gather, but it won't be anywhere near done this week. 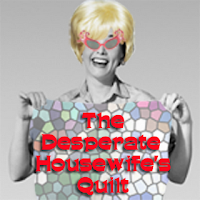 Jane at Want It, Need It Quilt! asked me to contribute a block for her Desperate Housewife Sampler Quilt-along. After wrestling briefly with the "housewife" thing, I took out my curlers and started working on a design. I'm calling it the Lazy Susan. The block finishes at 8" square. 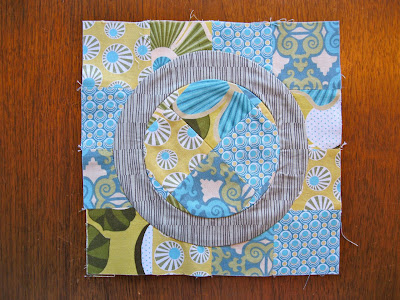 If you've been following Jane's quilt along, I know Jane's Phillips Screwdriver block only whetted your appetite for pieced curves. So lets get started! 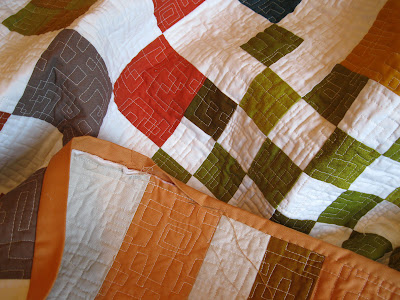 I wrapped up the loopy square quilting on the checker's quilt yesterday. It had been several weeks since I last worked on this one, and I had a bit of a block getting started again. I knew it would require several hours of heads down concentration and effort. But once I got started it went well. It wasn't less work than I expected, but keeping going was easier than getting started.

Today I'm finishing the binding and catching up on True Blood. I'm always amazed how dramatically a quilt changes when the binding goes on. So satisfying. 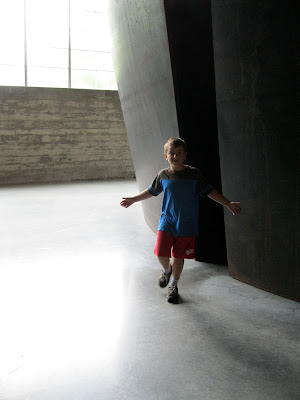 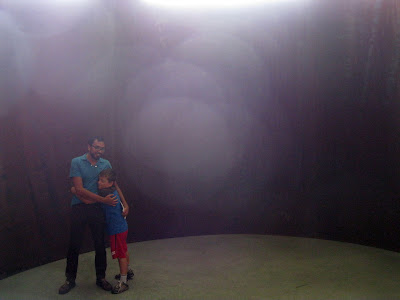 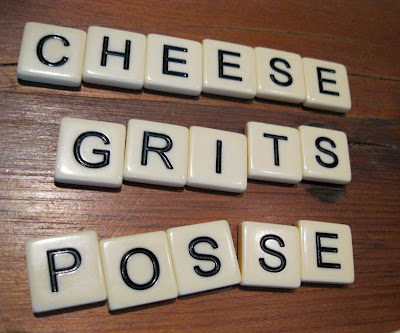 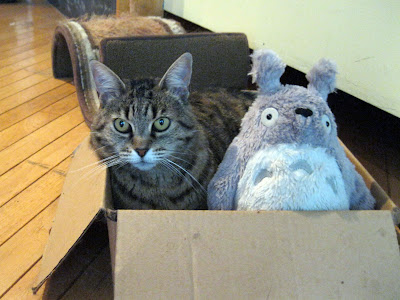 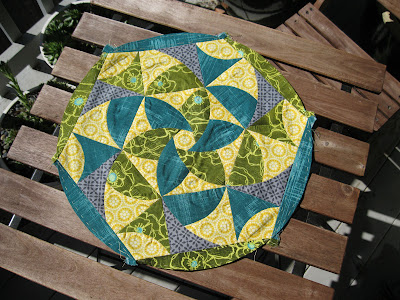 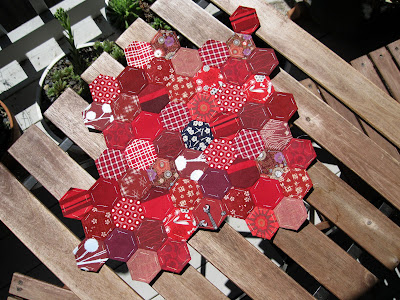 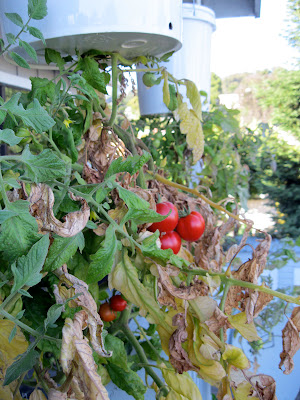 I've joined Lynne's summer Hexalong over at Lily's Quilts. I'm working on a paper-pieced medallion with lots of curved seams. The central hexagon is finished, and now I'll build off the edges. At this point the edges are 4". 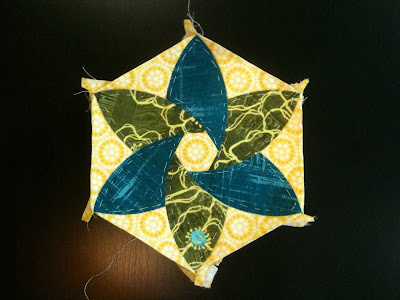 Lynne has posted a bunch of tutorials, and there's lots of hexie action in the Lily's Quilts flickr pool. Check it out!

At the June meeting of the East Bay Modern Quilt guild we received fabric for a new quilt challenge. Free Spirit generously gave us each several fat quarters from the Earth colorway of Jay McCarroll's Habitat fabric line. The only rule was that we could add our own solid fabrics, but non-Habitat prints were verboten. 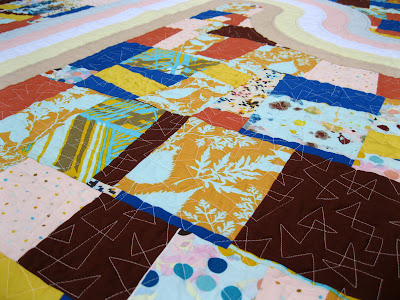 On his blog the other day Jay encouraged craven flattery (not his term), so I took that and ran with it. The result is my J quilt. 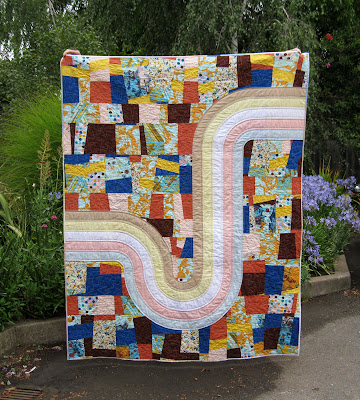 I was struck by two things in the fabric line. First, there is a crazy mix of colors. I latched onto the contrast between the pastels and more saturated colors, evident especially in the floral dot. Secondly I was surprised by how the most angular print in the collection seemed the most organic, reminding me most vividly of living plants, palm fronds and leaf veins.

I chose my solid colors from the floral dot print. The pastel background colors became the stripes of the J. I cut solids matching the saturated dots into fractured blocks with the Habitat prints. 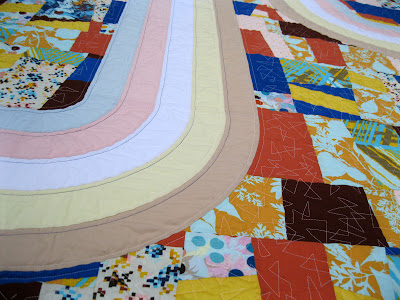 The quilt is pieced in three sections: the two improvised block sections and the precise stripes. Measuring, cutting and pinning those curves was nerve wracking, but it all came out right.

I quilted with a few straight lines in royal and white on the J, then a loopy triangle meander for the rest of the quilt. I like the loopy triangles with the fractured patchwork, and especially that angular print. 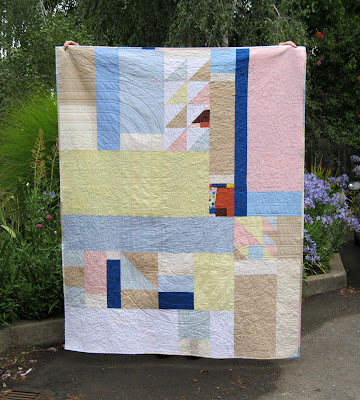 I pieced the back from various solid scraps, and the tiny bit of extra fractured patchwork from the top. If you squint you can see another J. The binding is more scrappy solids. The quilt is 60" x 74" unwashed.

Update:
The Habitat J quilt was featured on Modern Day Quilts. Thanks Heather!