Updated with a photo from the Andover booth.

This time every year there's a big quilt industry tradeshow and quilt festival in Houston. I didn't go, but two of my quilts are there.

Thomas Knauer brought my Hurle Burle Marx quilt to show off his Frippery fabric collection for Andover Fabrics. Here's an action shot of Thomas showing the quilt in a Friday "schoolhouse" session, tweeted by the Fat Quarter Shop team.

Looking at the quilts side by side (or top and bottom) I realize both are riffs on the traditional drunkards path block, taken in very different directions.

There's a good chance I'll make it to Spring Quilt Market in Portland next May. It will be great to meet in real life so many of the people I interact with in the online quilting community. But for now, it's fun to have my quilts in the mix.
at 1:02 PM 11 comments: 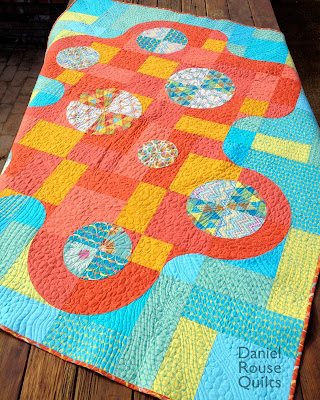 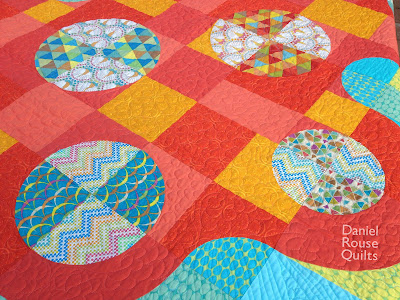 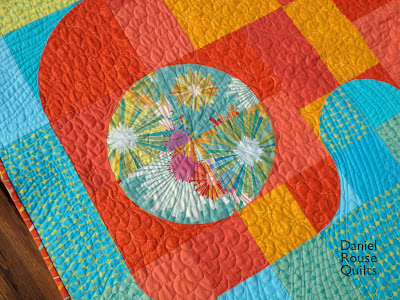 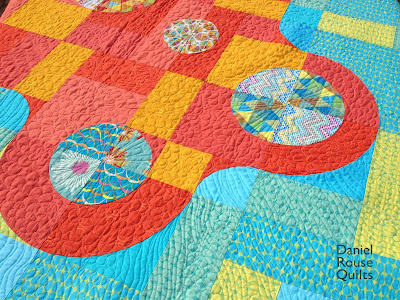 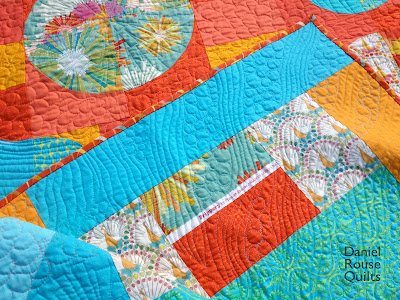 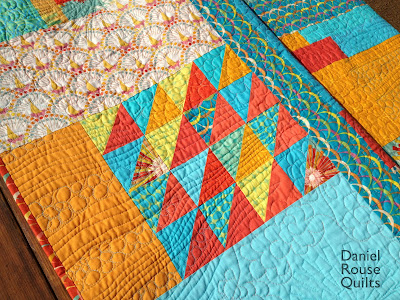 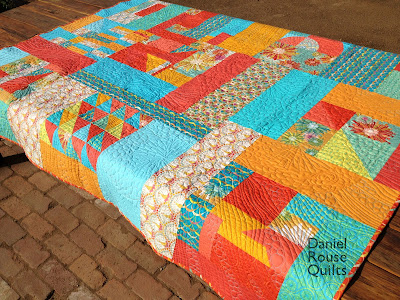 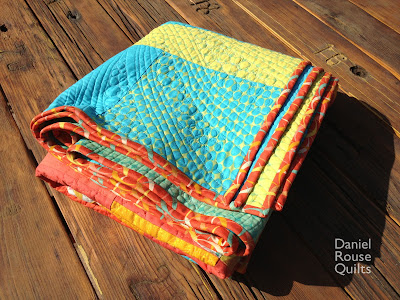 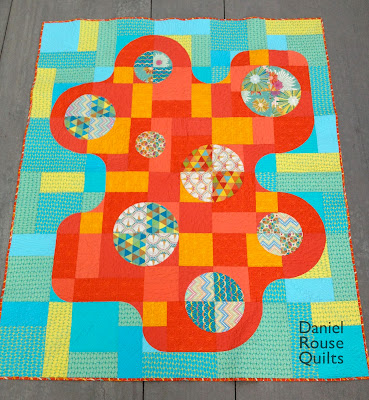