It's turning out to be a big week. Two big things have happened: I've finished three new quilts, and I've decided to set up shop on Etsy. More on Etsy later, but first I want to show my first stencil quilt. 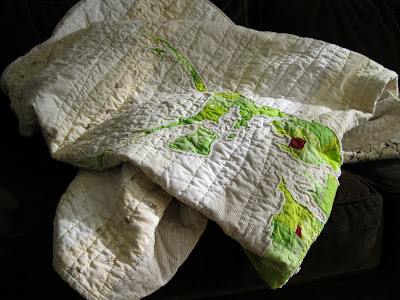 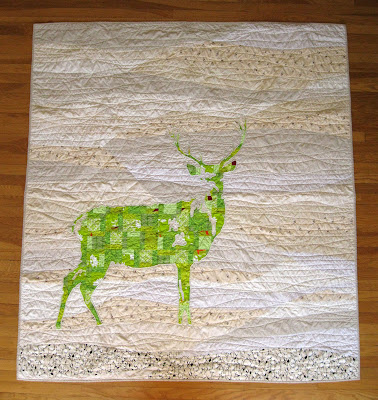 The quilt features a green deer reverse appliqué on an undulating neutral background. It's one in a series of “stencil quilts” that I have designed and created (I'll have pics of Hero and his nemesis soon!). I posted about my technique recently. It involves creating two patchwork quilt tops, sewing the layers together along the lines of a stencil, then cutting out the top layer to reveal the stencil beneath. The raw edge of the appliqué frays, softening the edge of the image and creating a weathered effect. 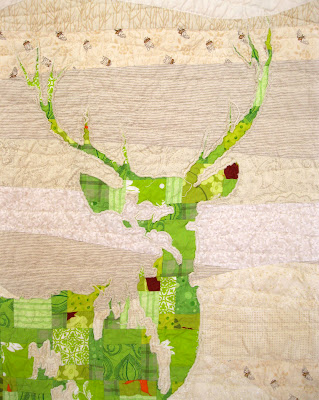 I was inspired by an antique quilt whose well worn top began to disintegrate, revealing and even older and more worn quilt inside that had been used as batting.
The green stag is a patchwork of squares and rectangles in the disappearing nine-patch pattern, while the background is a series of improvisationally pieced curves intended to create a sense of rolling landscape. 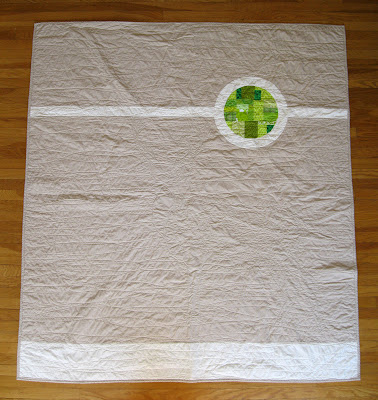 The reverse of this quilt is made with a soft chambray fabric with a meticulously pieced green circle and ivory sashing. You may recognize the green circle from the missing patch in Sharon & Bill's baby quilt. 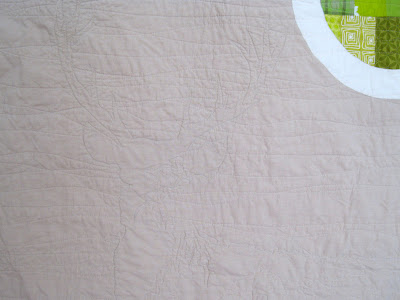 The quilting highlights the shape of the appliqué and echoes the undulating curves of the background patchwork. On the solid quilt back, the subtle shape of the deer makes a surprising counterpoint to the bold green circle. 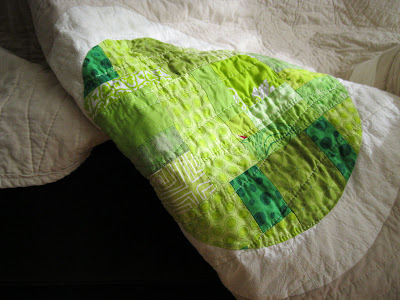 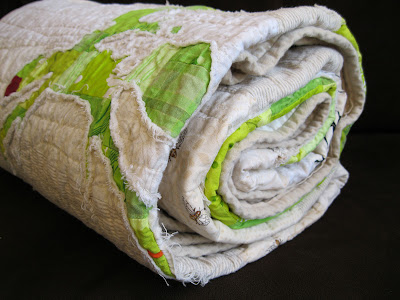 I've listed the Green Stag quilt for sale on Etsy, along with my Seeing Water quilt. I'll be listing two additional stencil quilts later this week.
I'm planning on sprucing up my storefront soon, but I'm at something of a loss. What do your favorite Etsy stores look like? What makes them your favorite?
at 9:37 AM