Free Bee February 2012 a photo by Dan @ Piece and Press on Flickr.
I finished my February quilt block for the Free Bee just under the wire. Lynne organized the bee on Flickr last year and this is our second round. Each month one of us sets a theme based on an improvisational process or technique.

For her month, Marianne asked us to interpret urban industrial landscapes in fabric form, and suggested Elizabeth Barton as inspiration.

I started with a photo of a Tokyo train station by Kirk Pedersen, from his book Urban Asia. I was attracted to the gritty colors in contrast the the saturated brights. The strong lines of the ductwork on the left side gave the composition a sense of movement.

As is usually the case when I get home from my Modern Quilt Guild meetings, I was wound up and ready to sew. After sketching a quick overlay to loosely plan my color blocking, I started cutting, piecing and trimming strips of fabric.

I stopped for the night when I realized I had painted myself into a y-seam corner (two corners, actually). Improvised y-seams were going to require a little less feeling and a little more thinking than I could muster in the middle of the night. I tackled it this morning, and the block miraculously lies flat.
at 3:26 PM 7 comments: 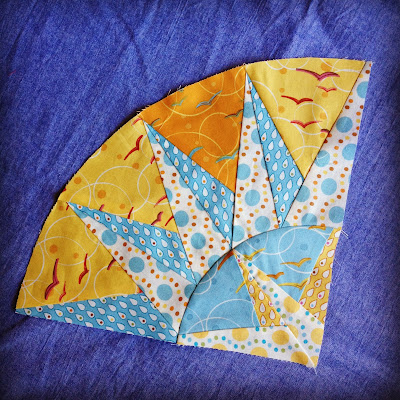 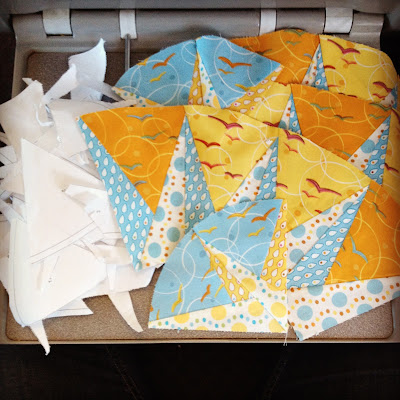 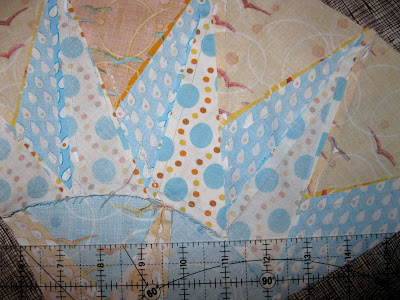 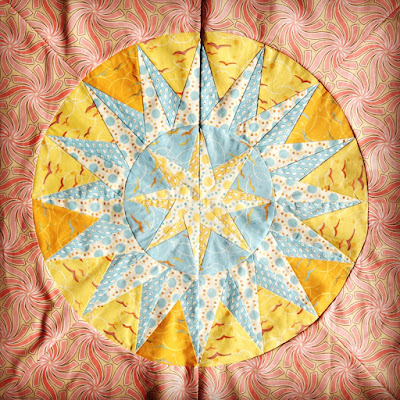 I cut squares for this queen-sized quilt over Christmas vacation. Once I started sewing the top came together very quickly. Those 5" squares are so much easier to sew than the improve curves for Savannah Kiss. 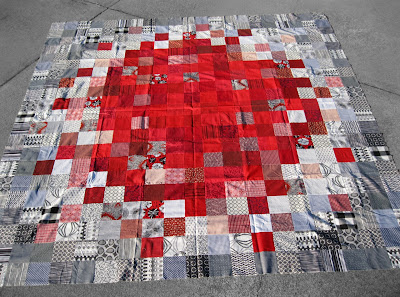 Last November, Jan DiCintio at Daisy Janie sent the East Bay Modern Quilt Guild bolts of prints from the organic Shades of Grey line and challenged us to come up with cool stuff. I love the print designs. They're so mod and organic (in every sense). I supplemented with roughly equal grey yardage from my stash, plus a bunch of red prints and solids.

The design has a red pop in the middle that dissolves into light greys, then darker greys. But don't get to attached to all that red -- I'll be slicing it to ribbons as soon as I finish a lone star patchwork for reverse applique. This is my next stencil quilt, and it's not going to be quite as cuddly as the giraffes.

I won't have the stencil done for presentation at our Tuesday meeting, but I'm looking forward to showing this work in progress.
at 5:28 PM 19 comments:

Check out the Modern Quilt Guild blog for a chat about the Ripple quilt. 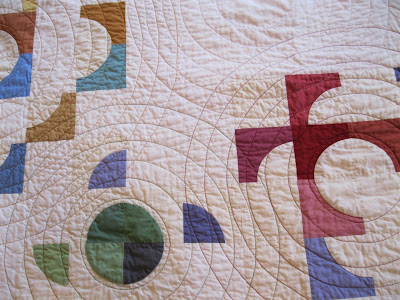 Yesterday afternoon, I took my turn minding the gallery for the EBMQG Stitch Modern Quilt Show. It was so fun to talk to the visitors who came through. Almost all were quilters, one couple from as far away as Boston. I'm sure they flew into town just for our show. 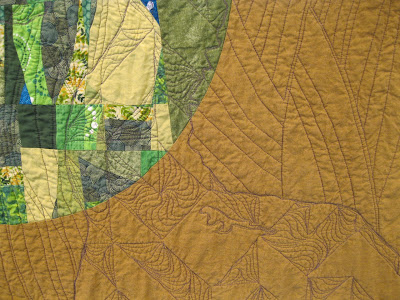 I took advantage of a lull between visitors to turn Savannah Kiss around and photograph the back. I had finished the quilt minutes before our hanging meeting on Tuesday, and hadn't gotten any photos. 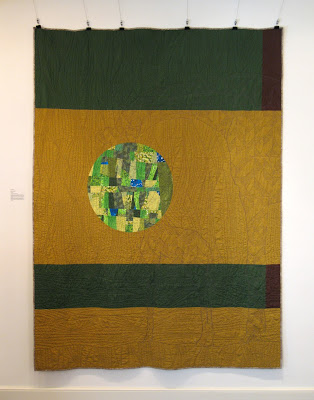 The back is pieced from green and brown cotton solids, Kaufman Carolina Chambray in gold (a cross weave with yellow threads in one direction and brown in the other), and a 24" circle pieced from scraps from the quilt top. 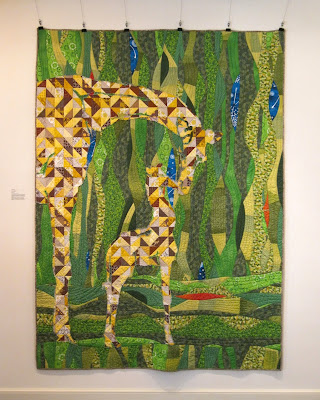 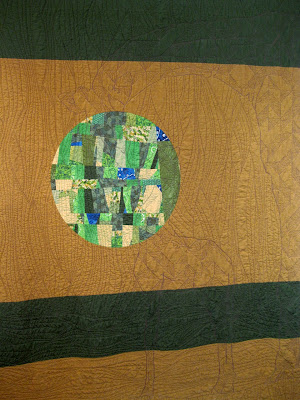 The animals show on the back through their heavy outlines and contrasting quilting style. 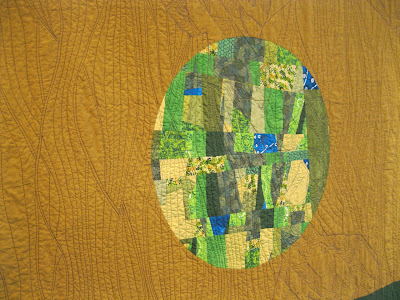 The noses touch in the green circle. 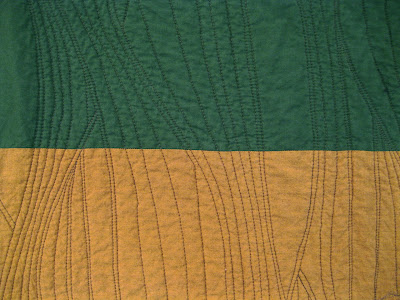 And the brown quilting thread stands beautifully against the gold and green.

The opening reception for the show is tonight, 6:30-8:30 at the Piedmont Center for the Arts. I'm bringing gingerbread and a bottle of wine. You don't want to miss it!